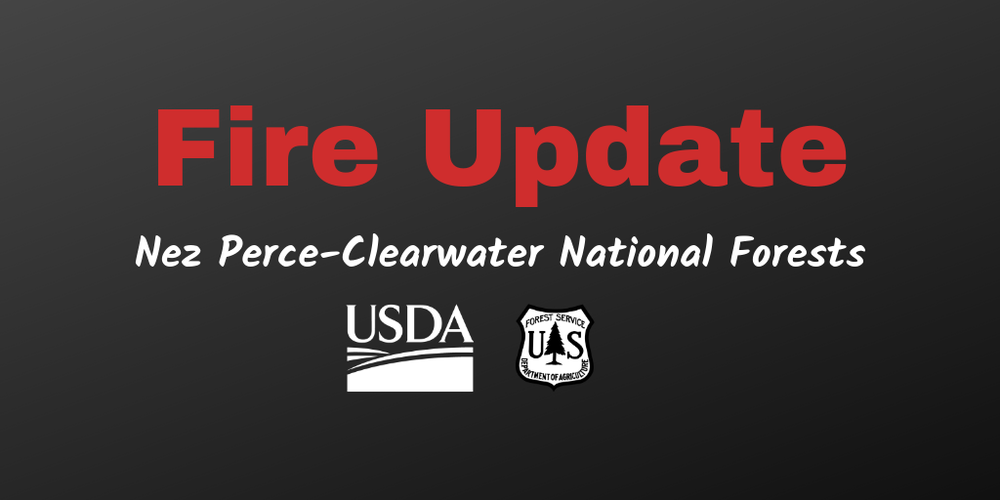 All existing fire–related closures on the Nez Perce-Clearwater National Forests remain in effect. Officials continue to assess these closure orders for possible rescission or revision based on current and projected fire behavior, area conditions, and the fires’ impacts to the closure areas. Closure updates can be found on the Nez Perce-Clearwater National Forests website, on the fire’s InciWeb page, or by contacting your local ranger station.

Fire danger is currently Low across most of the Nez Perce-Clearwater National Forests, with Moderate fire danger in the River Breaks. Precipitation is in the forecast for this coming weekend into next week, including snowfall at higher elevations. Those with upcoming plans to visit the forest should be prepared for possible inclement weather and winter driving conditions. Visitors are advised to pack a chainsaw, as wildfires from this and previous years can cause dead standing trees to fall and block roadways. Forest Service officials are working to maintain through travel for forest visitors.

This will be the final Nez Perce-Clearwater National Forests Fire Update this season unless fire activity increases or there is a new incident. Relevant public information, including revisions or removal of forest closure orders, will continue to be released in a timely manner. Information can be found online at https://bit.ly/NPCFireInfo, on social media at www.facebook.com/NPClwNFs and www.twitter.com/NPClwNFs, on the forest’s official mobile app (search “Nez Perce Clearwater” in your app store), or by calling your local ranger station.

Back to Fire Info Page