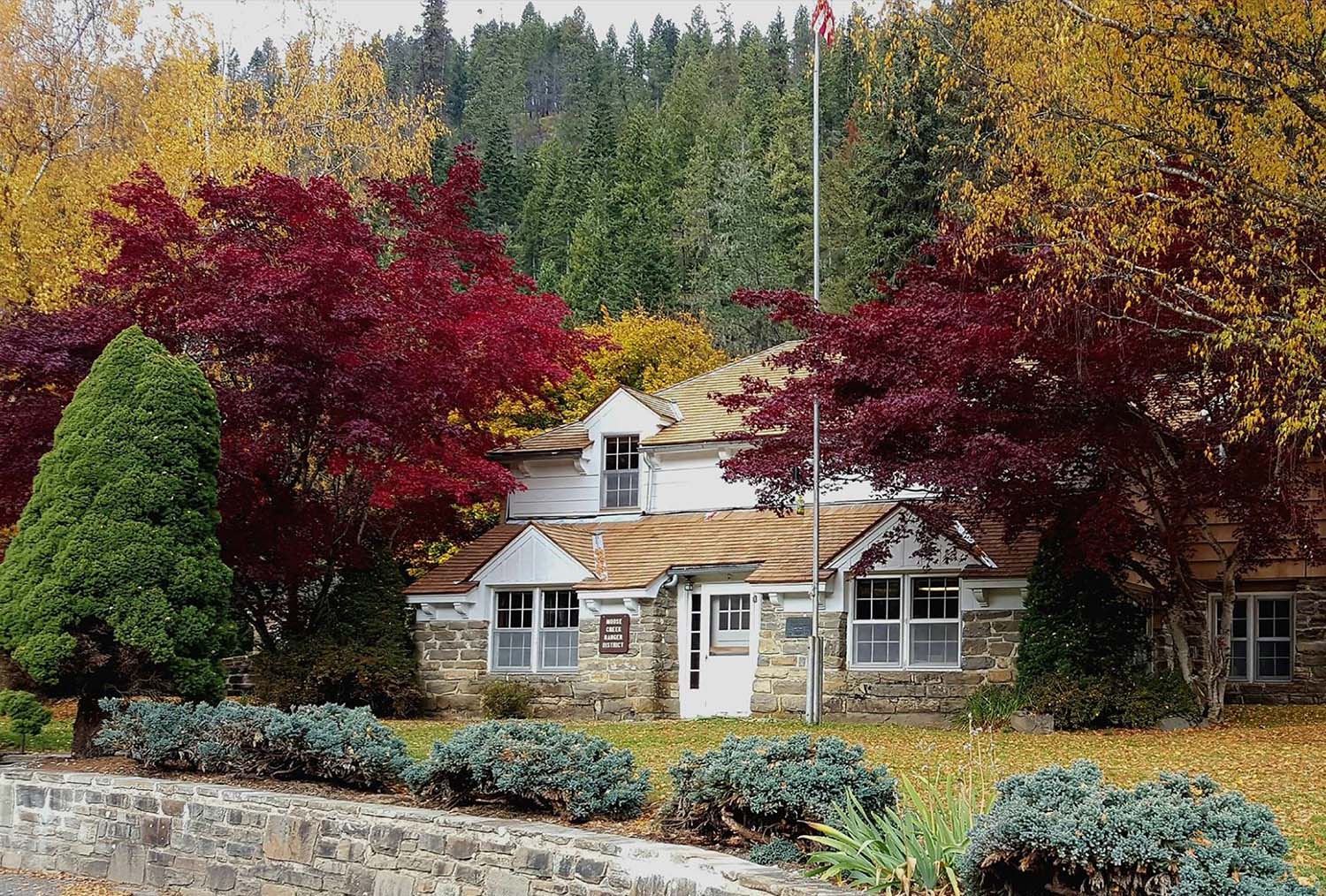 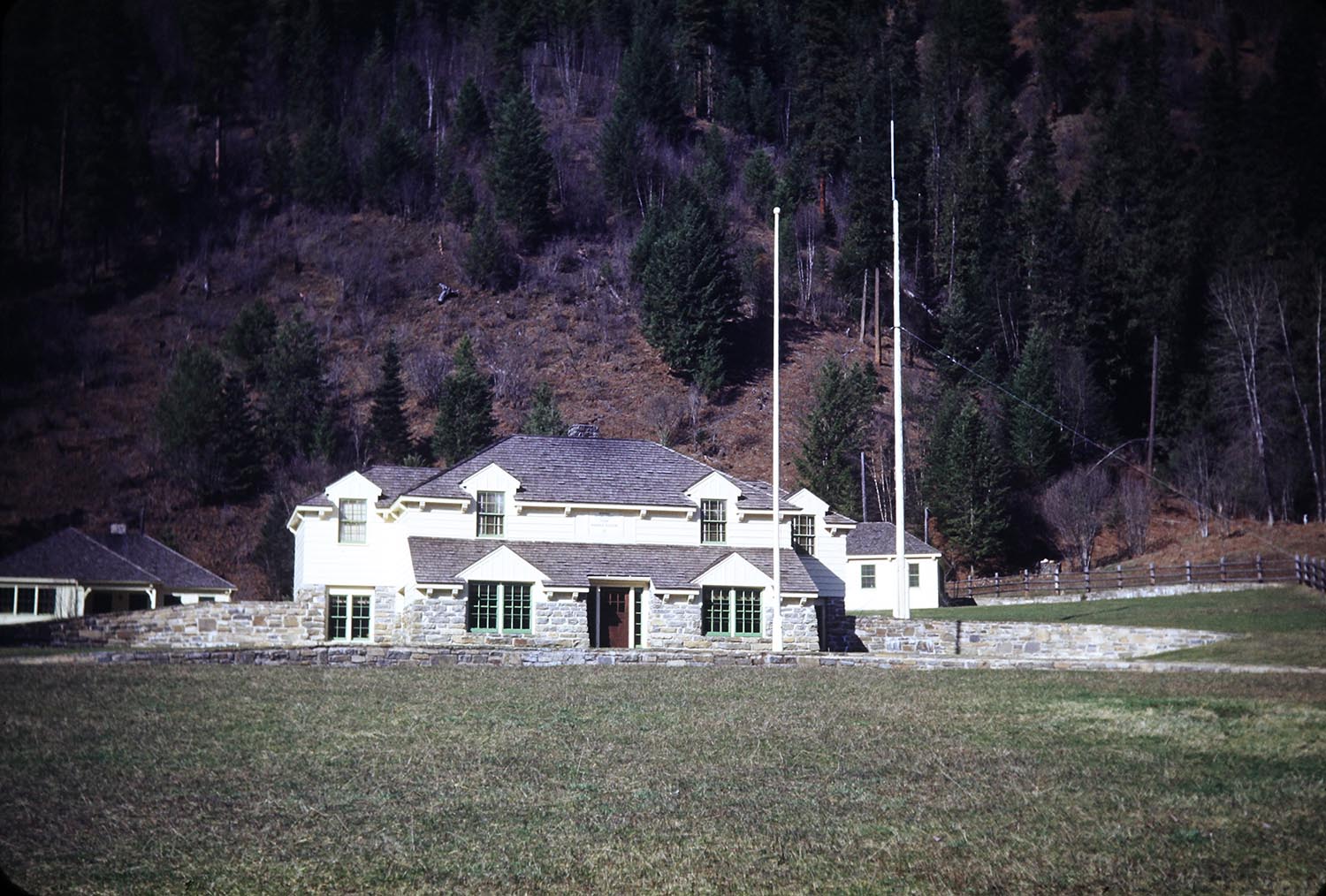 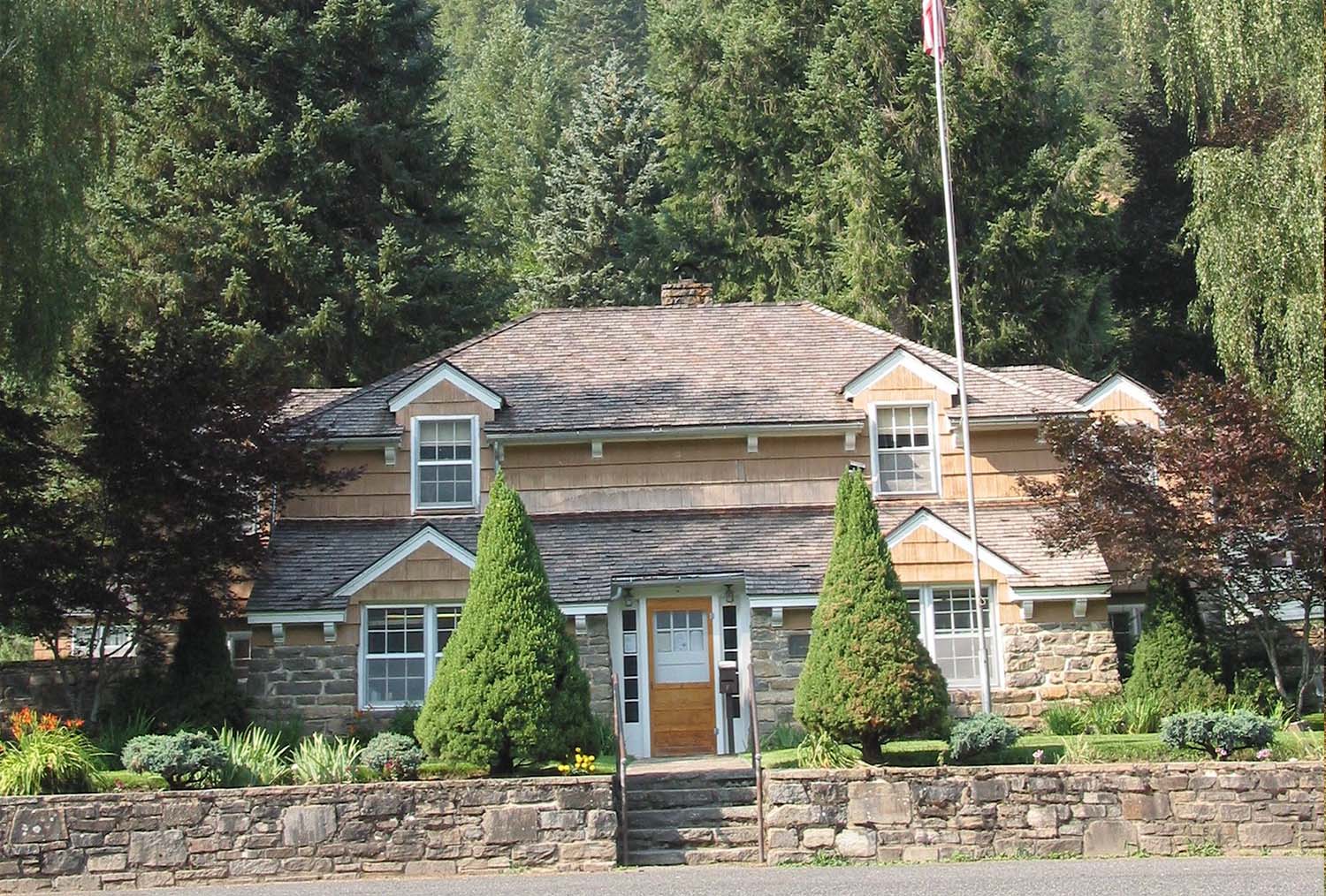 From Lowell, Idaho, turn off of U.S. Highway 12 onto the Selway River Road #223. Travel five miles until you see the ranger station and visitor center on your left.

Listed on the National Register of Historic Places, Fenn Ranger Station, located five miles east of Lowell, Idaho, was built in 1937 and was named after Frank A. Fenn, the first Forest Supervisor of the Clearwater National Forest. The station was one of the most elaborate built by the Forest Service. Attention to site design and building placement had not previously been seen in Forest Service facilities. Members of the Civilian Conservation Corps, a government agency created to employ young men during the Great Depression of the 1930s, built the structures at the site.

Fenn Ranger Station was uniquely designed to reflect its use as a dual district office. The station historically served both the Middlefork and Selway Ranger Districts, and included two copies of almost everything – two rangers’ residences, two garages, and two warehouses. Seasonal workers shared one large bunkhouse and cookhouse.

Today, Fenn Ranger Station is the base of operations for the Moose Creek Ranger District. During the summer months you may see mules and horses in the pasture surrounding the station. This stock comprises packstrings used to supply wilderness crews and the remote Moose Creek Ranger Station, located in the heart of the Selway-Bitterroot Wilderness.