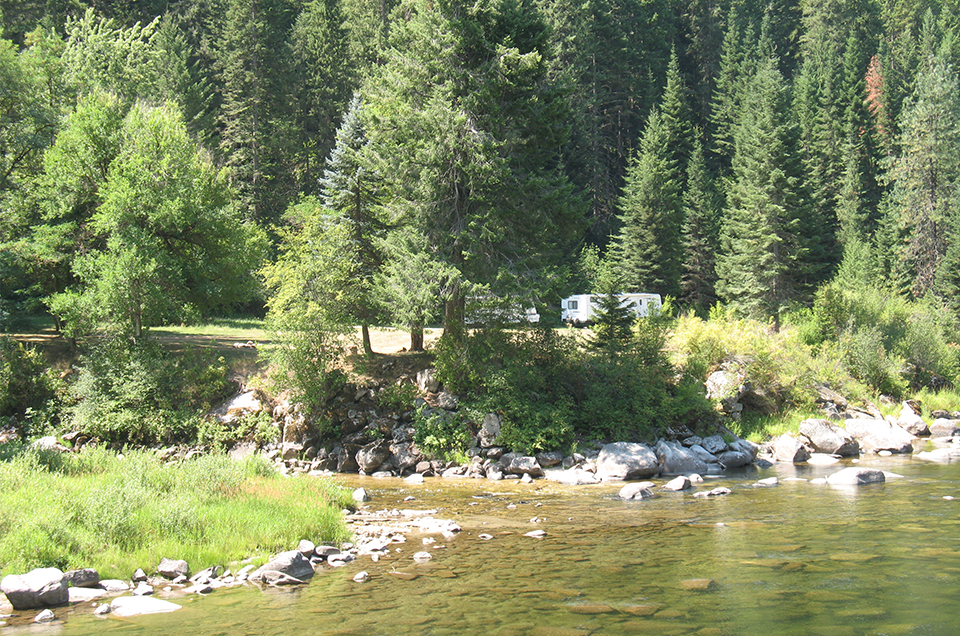 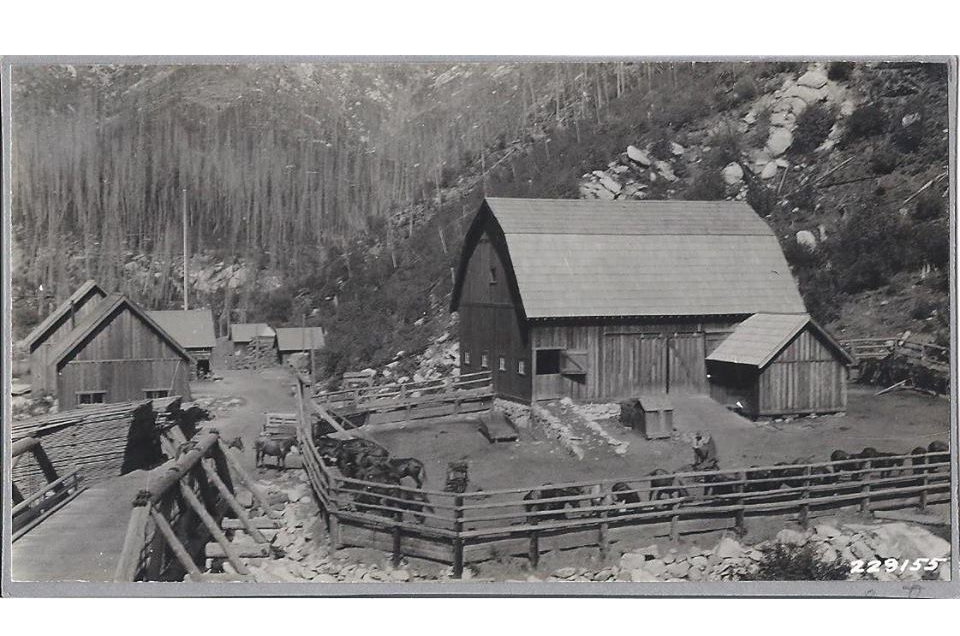 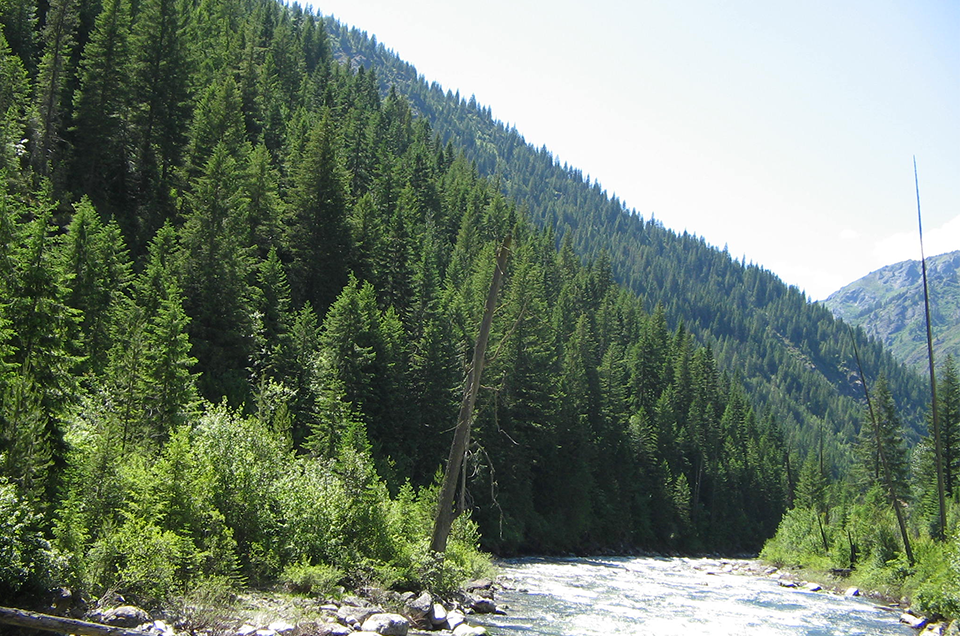 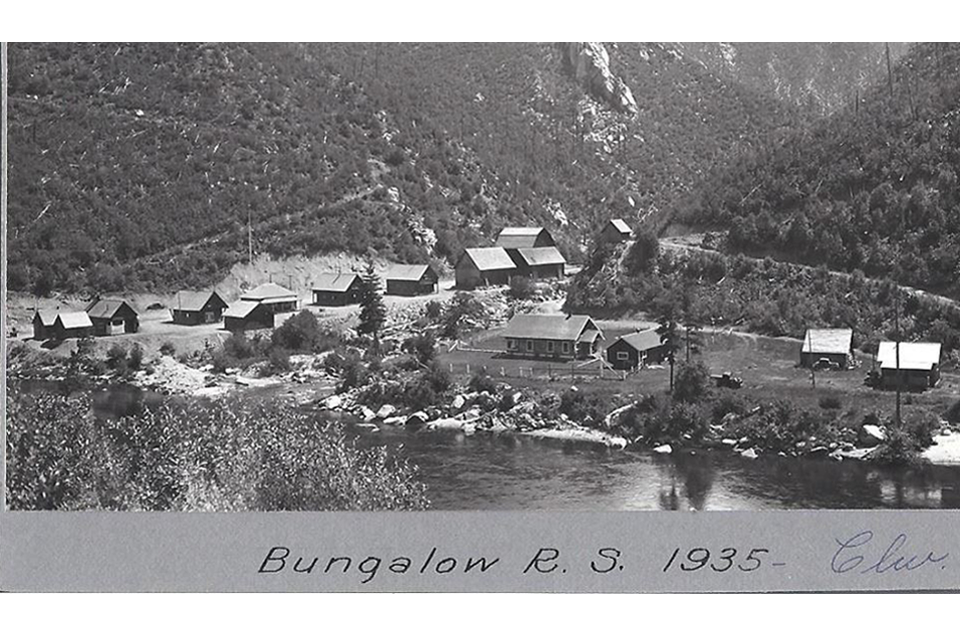 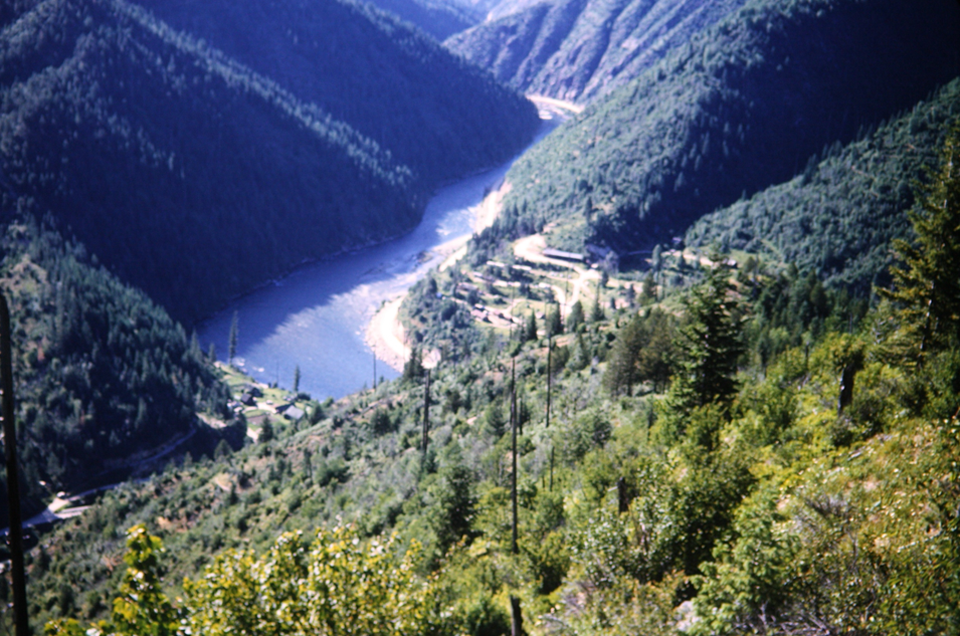 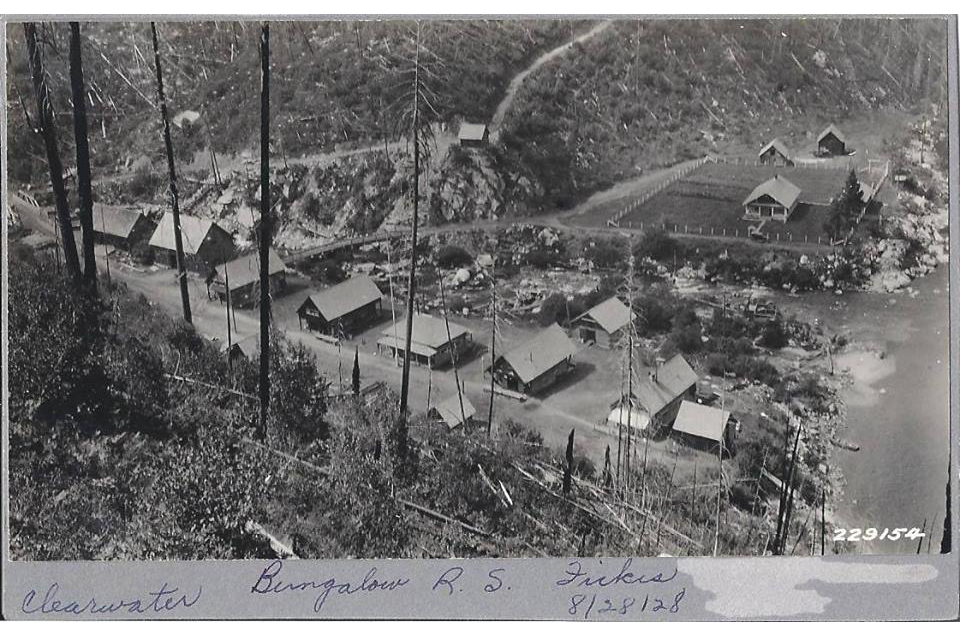 Leaving Pierce, Idaho, travel southeast a short distance to Judge Town. Take Forest Service road (FSR) 250, which is the main, paved road to the French Mountain divide. Stay on FSR 250 and enjoy the scenic drive as the road goes downhill following the French and the Orogrande Creek drainage. Stay on FSR 250 to the drainage’s confluence with the North Fork of the Clearwater River.

The site of the old Bungalow Ranger Station provides a gateway to the North Fork Ranger District while serving as a reminder of the rich history this forest possesses.

This site was located along the Nez Perce Trail and originally served as a camp and fishing station for the Nez Perce tribe. The area was later used as a home to those interested in trapping, timber, and other interests on the forest. In 1922, structures were built for the Bungalow Ranger Station, which operated from 1932 to 1971. This station managed portions of what is known today as the North Fork Ranger District. Structures at this site were removed in 1971 when the Bungalow Ranger District was dissolved.

Today, forest visitors cross the bridge at Bungalow – originally built in 1960 – as one of the few access points into the North Fork Ranger District and all it has to offer. From here, visitors choose to drive upriver towards Weitas Creek and Cold Springs, or downriver towards Castle Butte and Canyon Work Center. Either option provides visitors scenic views of the North Fork of the Clearwater River and a means by which to access the multitude of recreation opportunities available on this beautiful portion of the Nez Perce-Clearwater National Forests.